Paper: Incorporating Chemotherapeutic Drug into a Personalisable Silicone Airway Stent for the Treatment of Lung Cancer and Tracheobronchomalacia

Jesse Xu is currently a PhD Candidate at the University of Sydney and Woolcock Institute of Medical Research, Australia. In 2013-16, Jesse studied Bachelor of Medical Science, with Major in Pharmacology at the University of Sydney and completed an Honours year in 2016 under supervision by Professor Paul M. Young at the Woolcock Institute of Medical Research. His Honours theses was titled: TRPV1 Expression and its Role on Airway Epithelial Cell Function
In 2017, Jesse undertook his PhD on “Developing a 3D-printed personalised airway stent for the treatment of Tracheobronchomalacia and Lung Cancer”, and his project was placed as a finalist in Australia’s Big Idea Grant for commercialisable research. Jesse was later to be accepted into the Medical Devices Commercialisation Training Program at Cicada Innovations in Sydney, an accelerator hub for MedTech Start Ups and entrepreneurs.
In 2018, Jesse was awarded 1st prize for University of Sydney’s School of Medical Science’s 3-minute thesis competition on the project. He was subsequently awarded a Cicada Innovations PhD Innovation Experience Program (IXP) in 2018, working with a MedTech company, Opus Medical for 6 months.
Over the course of his candidature, Jesse has published a literature review, “The utility of 3D-printed airway stents to improve treatment strategies for central airway obstructions”, and has had 5 conference proceeding publications in Drug Delivery Australia 2016 and 2017 editions, Drug Delivery to the Lungs in 2017 edition, Respiratory Drug Delivery in 2018, and in this instalment of DDL2019. 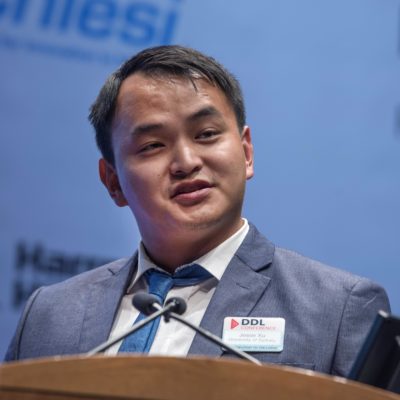 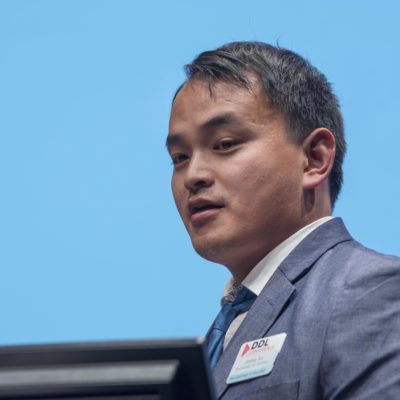