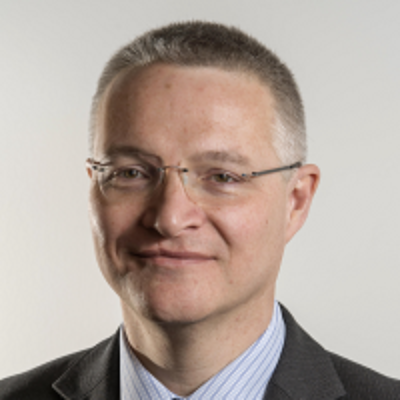 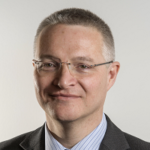 Dr Gary Pitcairn is currently Senior Director, Pharmaceutical Technology and Development at AstraZeneca, and is responsible for the CMC aspects of projects across both the early and late phase respiratory portfolio. Gary previously held senior positions at Mylan Pharmaceuticals and Pfizer, focusing on developing new inhaled drug products. Prior to joining Pfizer, Gary spent 15 years working at Pharmaceutical Profiles, evaluating drug delivery from a wide range of pulmonary and nasal drug delivery devices in both in vitro studies and early clinical studies.

Gary holds a BSc (Hons) in Biological Chemistry and a PhD in Pharmaceutical Sciences from the University of Nottingham and has published over 40 peer reviewed papers. Gary has been a member of the organizing committee for Drug Delivery to the Lungs (DDL) for 11 years, and has been the conference Chair for the last five years. 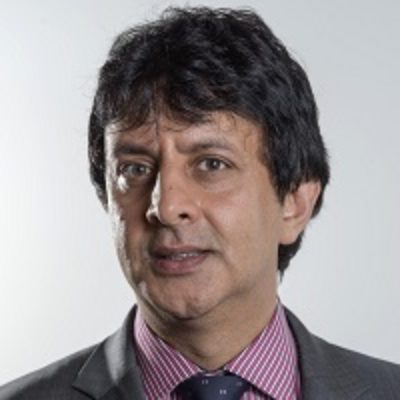 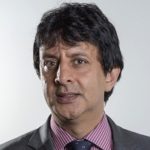 He is Vice-Chair of Drug Delivery to the Lungs (DDL), a Board member of International Society of Aerosols in Research (ISAM), and a steering committee member of the Small Airways Working Group of the World Allergy Organization (WAO). He is also Associate Editor to the journal Respiration and on the Editorial Board of COPD: Journal of the COPD Foundation.

In 2012, Dr Usmani was awarded a UK National Institute for Health Research (NIHR) Career Development Fellowship to investigate the lung deposition of inhaled bronchodilator aerosols of different particle size within the airways of patients with COPD. This is the first time this award category was been given to Respiratory Science research in the UK.

He is currently clinical lead and co-PI at Imperial College on a highly prestigious EU Horizon 20-20 consortium project, myaircoach, focussing on the role of tele-monitoring and e-health in asthma self-management, where the proposal was ranked 4th highest of all 256 submissions to the call.

In 2015, he was awarded one of the highest accolades in aerosol science, the Thomas T Mercer Award from the American Association of Aerosol Research (AAAR) and ISAM, recognising his international research excellence in pharmaceutical aerosols and inhalable materials. 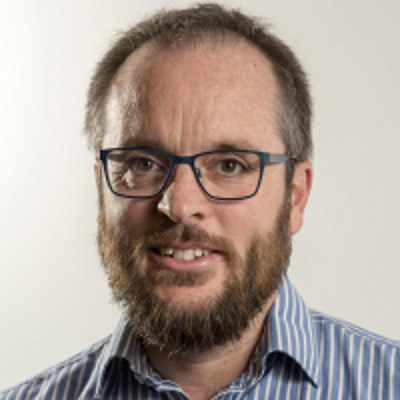 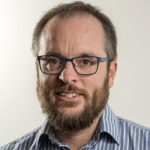 After graduating from Waikato University (New Zealand), Nick commenced his career in the pharmaceutical industry in 1996 at Douglas Pharmaceuticals in Auckland. Following a move to the UK he entered the inhalation field at the then GlaxoWellcome in 1998. Within Glaxo Manufacturing Services, Nick held a succession of analytical roles before moving to the Innovata Biomed R&D organisation based in Nottingham in 2004. As Group Head at Innovata, Nick worked on a range of novel and generic dry powder inhaler development programmes. Following the acquisition of Innovata by Vectura Ltd in 2007, Nick moved to Vectura at Chippenham where he currently holds the position of Associate Director – Pharmaceutical Technology. In this role, Nick is responsible for the development of novel particle engineering, formulation and processing technologies along with improving understanding of related device interactions and associated analytical techniques including more realistic in-vitro testing techniques. 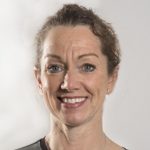 A qualified pharmacist, after completing her PhD from University of Cardiff in 1997 on the re-formulation of MDIs in novel hydrofluoroalkanes, Michelle started her industrial career developing dry powder inhalers at Novartis Horsham Research Centre (UK).  She moved to GlaxoSmithKline R&D in 1999 where she has since led the formulation development of a number of dry powder inhaler products, from Phase 2b to launch and post launch commitments.  She has significant experience in both formulation and process development to QbD principles, technology transfer and regulatory interaction, and applies her technical acumen and experience in leading scientific understanding initiatives within the department. 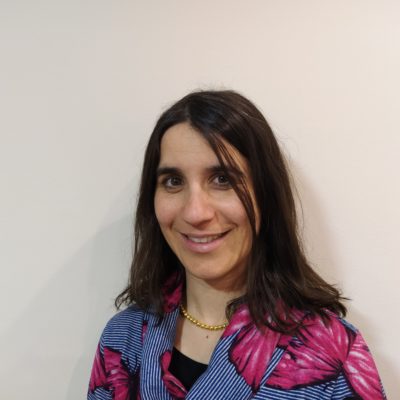 Ana Grenha has received her PhD in Pharmacy-Pharmaceutical Technology from the University of Santiago de Compostela – Spain in 2007. She is Assistant Professor in Pharmaceutical Technology at the University of Algarve in Portugal since 2007 and is a Senior Researcher at both the Centre for Marine Sciences (CCMAR) and the Centre for Biomedical Research (CBMR), at the same University. She is the PI of the Drug Delivery Laboratory, which is dedicated to the design and development of particulate carriers for drug delivery, with a particular focus on inhalation.

She has been the PI of several funded projects, and has authored 40 papers in international peer-reviewed journals, 6 book chapters and 1 patent (under processing) in the field of drugs and drug delivery systems. 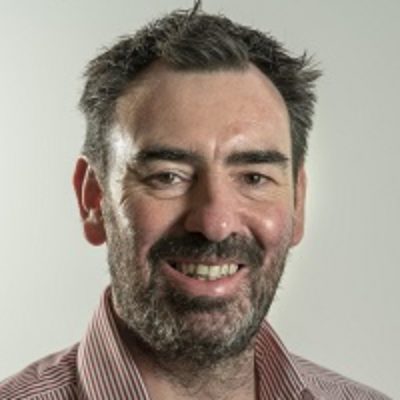 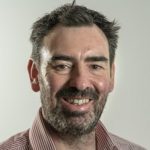 David is the Chief Technology Officer for Cambridge Healthcare Innovations, who develop novel healthcare and medical products to improve people’s quality of life.  David has been working in the field of respiratory drug delivery for over 25 years, so one of the key focus areas for CHI is the improvement of inhaler devices, which are currently difficult to use and deliver inconsistent performance.  He is a practicing physicist, who specialises in aerosol science, fluid dynamics and understanding lung function and its application to good inhaler design.  He is a visiting lecturer at Kings College London, joined the organising committee in 2013, and enjoys working with those involved in progressing the science of delivering drugs to the lungs. 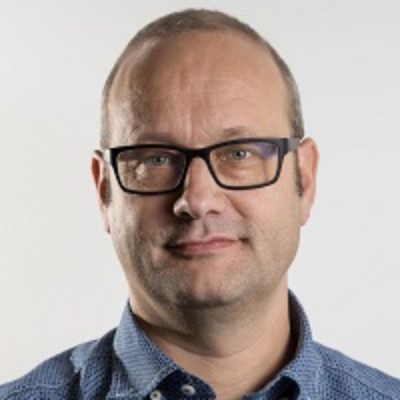 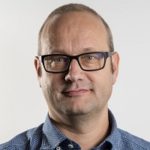 Yorick Kamlag, is Head RIA CMC projects, Pharmaceutical Sciences at AstraZeneca. In this role he is responsible for the CMC aspects of projects in the early phase respiratory portfolio.

He previously held several positions at Vectura and Zentiva were he was responsible for design and development of robust formulation / manufacturing / analytical processes and technologies of several inhalation products.

He has previously been chair of EPAG and has been a member of the DDL organizing committee for 5 years. 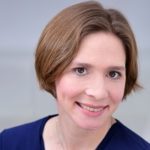 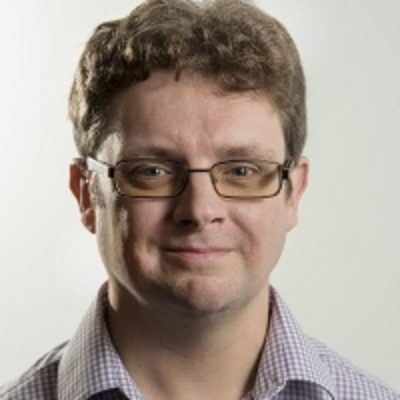 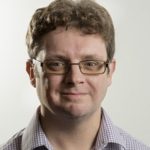 Alex Slowey is a pharmacist with nearly 20 years’ experience in the pharmaceutical industry.  Since November 1997, he has held various roles within the R&D function at 3M Drug Delivery Systems, which have given him a broad footing in the pharmaceutical industry, particularly in relation to the research and development activities required to get new products from initial feasibility to registration.

Alex is specialised in early phase development activities related to the formulation of new and existing molecules for pulmonary and nasal delivery.  He has expertise in a number of key areas, including providing technical and project leadership to development programmes.

Alex’s  interests include the formulation of pMDIs using innovative approaches, and particle engineering, with direct application to the delivery of molecules via the pulmonary and nasal routes.  He also has clinical expertise, particularly with respect to PK/PD studies of pMDIs 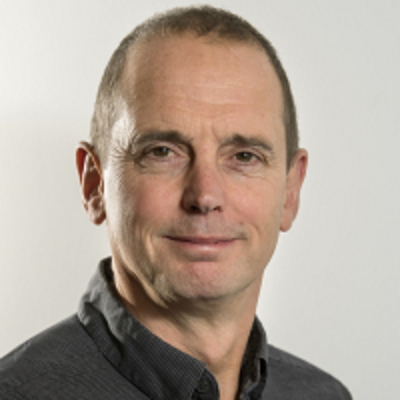 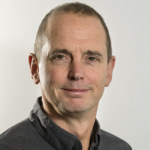 Ben Forbes is Professor of Pharmaceutics at King’s College London.  He has a BPharm from King’s College London (1987) and a PhD in Drug Delivery from Strathclyde University (1996).  Before doctoral studies, he worked in hospital pharmacy in London and Sydney, and for Inveresk Clinical Research in Edinburgh.  Professor Forbes was appointed to the academic staff of King’s College London in 1997.  He is a registered pharmacist in the UK.  He originated the term ‘Inhalation biopharmaceutics’ to describe the factors that influence the rate and extent of drug absorption from the lungs and has authored many publications in this area, including: (1) inhaled medicine formulation, (2) the development and application of techniques to study respiratory drug transport and metabolism, (3) respiratory toxicology/disease.  He is founder and coordinator of the APSGB ‘Drug Delivery to the Lungs’ Network, a UK-based international academia-industry-regulatory group dedicated to pre-competitive collaboration: https://www.apsgb.co.uk/focus-groups/inhaled/ 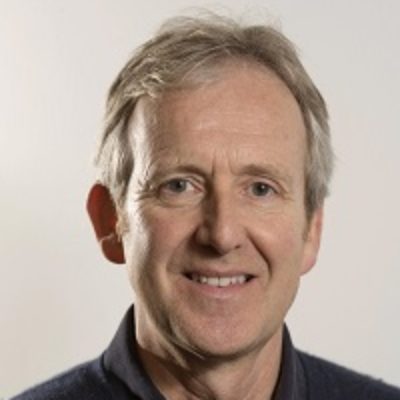 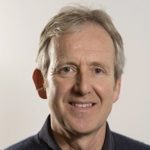 After obtaining his Ph.D. from the University of Wales, UK in 1985, he has held various industrial positions at Monsanto Inc. (UK), Fisons Ltd (UK), Valois (France) and Inhale/Nektar Therapeutics (USA).

He is now in charge of scientific affairs for the Aptar Pharma Prescription division, Le Vaudreuil, France and is engaged in the development of new devices for nasal, inhaled and injectable drug products. 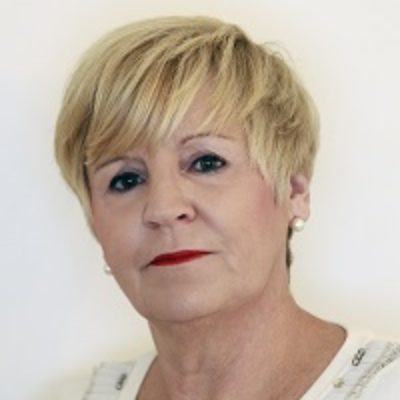